Jesus of Nazareth, King of the Jews

Jesus of Nazareth, King of the Jews

This book is aimed at all academics and lay persons who are interested in religion and the history of early Christianity.

Jesus Christ, also known as Jesus of Nazareth, is arguably the most influential figure in the history of mankind. His followers, the adherents of Christianity, constitute the largest religious group in the world. More or less one third of all human beings call themselves Christians.

But – who was this Jesus of Nazareth really?

When the texts of the Gospels and other texts of the New Testament are studied carefully and critically, while keeping in mind the historical context in which they were compiled, it is possible to come to a different picture of this remarkable man. All the available sources about his life and message have to be investigated honestly and without a religious or dogmatic prejudice to get a clear idea of who and what he really was.

This book breaks new ground by coordinating the information given in the Gospels with astronomical phenomena such as solar and lunar eclipses and the movements of the planets through the Zodiac. It will be shown that these phenomena played a hitherto neglected role in our knowledge about the life of Jesus. It will transpire that the dogmas created by Christian theologians and church councils about Jesus just cannot be sustained when all the available evidence is taken into account.

This book will demonstrate that Jesus of Nazareth was nothing but a gifted man. He regarded himself as the king-in-waiting of the Jews and that he was the instrument chosen by the God of the Jews to liberate his people from oppression by the Romans. He certainly was no divine figure who adopted a human body to become the savior of mankind.

Of course, traditional Christians will brand this view as heretical. In previous centuries, views like this one would have resulted in the author burning on a stake in the town square with hundreds of hysterical Christians cheering and laughing at this sight. Fortunately, we live in an age where honest investigation is protected and people are free to believe whatever they want. It is to be expected that conservative religious authorities will condemn this book, but the possibility also exists that some of them will come to the point where they may accept that this book is making a valid point when they are presented with the evidence. 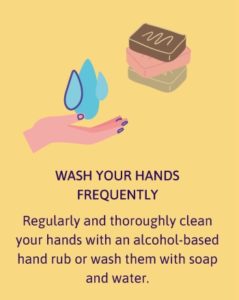